With the children of Henry Dunant Hospital Center’s large family leading our group of over 100 people, we were among the thousands of citizens who ran at the 11th organization of "Greece Race for the Cure" on Sunday, September 29th in downtown Athens.

During the race, three patients were transferred to the on-call hospitals and several incidents were reported, mainly involving minor injuries.

In the context of public awareness and breast cancer awareness-raising campaigns, a screening was conducted at the Henry Dunant Mobile Health Unit in Zappeion on Saturday September 28th. Breast palpations were performed by Dr. Polichroni and Dr. Giannopoulou on dozens of women, and free of charge mammographies and breast ultrasounds were performed when considered necessary. Nursing assistance was provided by Mrs. Kokra and Mrs. Fouka. 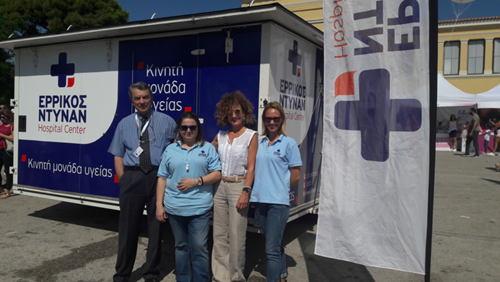 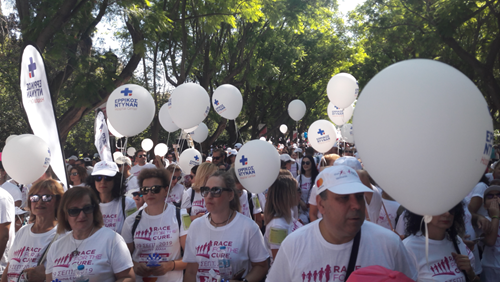